Burnt-Out Blues Are A Thing Of The Past

There’s no disputing the fact that there isn’t a shortage of criticism for sugar daddy and baby arrangements. A well-off older man/woman trading money in exchange for the companionship of a financially struggling but attractive young adult – has sparked a whirlwind of controversy amongst the many faces of sexism, feminism, and college grads/undergrads.

But that’s not what Susie (not her real name), 22-year old junior and native of Colorado believes. Susie is a full-time student, and all though federal student loans pay for a good portion of her tuition and academic expenses, Susie says that “it’s still just, not enough.” Susie cringes at the idea of a full-time job along with her studies; she says that even her two former part-time jobs (one as a receptionist for a real estate company, and the other as a hostess at a pub) barely got her by on rent, food and car insurance.

Nine months ago, she was living month-to-month, scraping together money from her meager pay checks and portioning out her student money ever conservatively in the slight chance that she be laid off or lose her job for some reason in the future. “After losing my full-time job at a local ‘mom-and-pop’ packaging service because they refused to work with my new semester’s schedule, I had to make sure that I secured two jobs in case the company all of a sudden, turned on me. After I had already given them so much time and compromised an A in one of my courses for a B because I’d really tried pleasing them to keep my job, they still had the nerve to let me go. I couldn’t risk that scenario happening again.” So Susie got her jobs to accommodate her busy academic schedule, as a receptionist during her days off, and a hostess late at nights after school, until early morning before school.

Succumbing To The Need For Speed

Finding time to study in-between was near impossible. It was just as hard to stay awake in classes and finish homework between shifts as it was in her full-time job, but at least she wasn’t going to have the added stress of paying her bills on time on top of a busy study schedule. At first, Susie didn’t even know about this sugar dating service. She instead, resorted to other alternatives that were a threat to her health. Taking uppers like speed, daily, sometimes 2-3 times a day, just to finish homework, or study for an exam, or even to stay awake during class or a shift. “If I tried coming off of them, I’d crash in front of my keyboard for hours, oversleeping and missing class or being late for a shift.” Susie recalls. “And if I ever managed to have a free day because school was cancelled, I’d be waning of these pills, and the crash was just awful. I’d become really agitated and moody, and I’d have fits with everyone I knew. I lost friends and made severe gaps between family members, because I couldn’t control my rage.” It didn’t stop at threatening her social life – soon her professional life was starting to crumble from it. “Having an outburst over the phone with a client from the real estate company, I again, lost another job, and was going to be on high stress levels whilst job hunting.”

Susie was tired of the same scathing jobs and the same uncertainty that comes with every typical ‘9-5’ type of work. She was searching for something different, some outlet that provided big bucks without requiring she kill herself with lack of sleep, abundance of stress, compromising grades and succumbing to artificial stimulants for the sake of her schooling. She knew she didn’t have it in her to put all her chickens in one basket on some 1-in-a-millioninth chance talent competition, or creating something ingenious that someone else would want to invest in. Besides, those were dreams better saved for people who actually worked towards those, and still sacrifice a life for that one shining moment on America’s Got Talent or Shark Tank. No, Susie would have to try something she never considered until now – becoming a sugar baby.

While on her unyielding Google search, she came across an article about college women who were in her same position and willing to give their time to someone who could provide them with a convenient lifestyle and foot their bill for tuition. She admits that she was hesitant and a little judgmental, initially, at the thought of sex with men who would pay up for such attentiveness. But then she thought of the unfair hands she’d been dealt – here she was, a hard-working girl with ambition and inspiration to become something and do something with her life, and yet, she was in the same boat as many of her co-workers who never attended college, struggling to afford an aged car, an apartment in a complex notorious for bed bugs and manager special’s on expired food from the local deli. She had done her best to balance her life out and remain loyal to jobs, but still she had to resort to illegal means of abusing street prescription drugs and tearing up her social life just to hold on to her academic and basic survival. It was intolerable. And with that conclusion, Susie decided that her world didn’t have to be this hard, and that being paid to be someone’s friend was something she could do for herself, to give her the deserving break she desperately needed. So when people call sugar daddy dating services “desperate” Susie agrees, and says “yeah, I was desperate, and my moral compass [told me] that this was a much more legit way to earn money and maintain good grades than pour over some illegal ‘limitless-wannabe’ miracle drug that made me feel like s***” referring to the recent movie with Bradley Cooper. 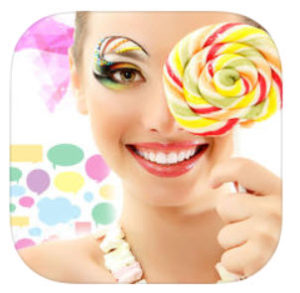 Susie says that in her experience with being a sugar baby, she has found more interesting conversation and sincere listeners in the sugar daddies she meets than she ever has in her entire dating repertoire. The guys she met in school were always so caught up in themselves, and what they wanted. “They never bothered to make a real connection, and they were as financially unstable as I was, so they could never take me out on the dates I get to go on with the men I’ve found now.” And many of the men, Susie reveals, aren’t looking for sex but it comes naturally with real compatibility and friendship. Susie says that she no longer has to have unnatural mood swings that affect every other relationship in her life, and that she no longer works unrelenting hours and can actually find time to sleep and study without worrying about where her next paycheck will come from. “I talk to them and get to know their upbringing, and own struggles and triumphs, and obsess about my own, all while enjoying a lavish cup of coffee at some posh restaurant after lunch. I find the sex to get better and better as sugar daddies are really real about knowing how to give pleasure.” Susie says that she will also not have to worry about debt after she graduates, because her newest squeeze has continued to pay her loans off bit by bit, and that makes the job search after graduation, a whole lot brighter. She likes to think of it as work actually worth the money it pays, for a change.

There are thousands of girls out there that are vying to keep their head above water. But the truth is, that struggle to work while in school is old news. With this sugar dating service, there is finally opportunity for young women to find their way in life and focus on making an impact on the world, rather than following the status quo that prohibits any young adult to make a difference in the world because their busy fretting about their financial strains. With the recent rise in student loans and a seemingly never ending pool of debt that so many college grads seem to be diving into, why should this legit alternative to earning money be anything but another respectable way to earn money? Women working in contact centers to cocktail waitresses working two or more jobs, and now a stress-free job description as a sugar baby is the new dating fad – and we’re all ready to pounce on the idea? Maybe we should open our eyes to what financial burdens have been placed on our society for us to have evolved into this new trend, and many of those criticizers would consider the employment for what it truly is – just another job opportunity in light of a poor economy.

In Part 2, there will be another success story compilation of sugar baby males and sugar mommies, a sugar baby female with other struggles and sugar daddy (focusing on discrete benefits of such dating service), and how she’ll continue it after school is over.